We welcomed Alana to the practice in August 2011. Alana trained in South Australia before starting work at the Royal Hobart Hospital in 2006. In 2009 she relocated to BodyTech Physio Clinic in Salamanca, a private practice that also had a hydrotherapy pool, until the birth of her son Beniah in 2010. Presently Alana has returned part-time after welcoming a daughter, Eva in 2013. 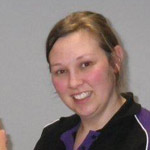