Miriam renamed her practice ‘Clarence Joint Therapy’ and moved to the new location and pool at 273 Clarence Street in October 2009, having operated Clarence Hydrotherapy/Physiotherapy Centre in Bellerive, for 15 years. She graduated from Royal Liverpool Hospital College in 1982, and was based at Daisy Hill Hospital, Newry, Northern Ireland from 1982-1987.

In September 1987 Miriam, and her husband Michael, emigrated to Australia, coming directly to Hobart, Tasmania, where she worked for Bellerive Physiotherapy and Sports Centre until 1993. From then she worked at Abbott Street side of the business, which included treatment rooms and a hydrotherapy pool. 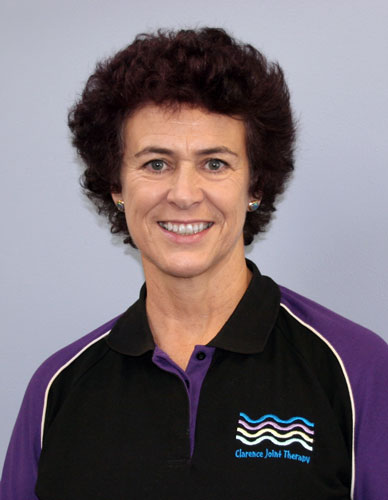